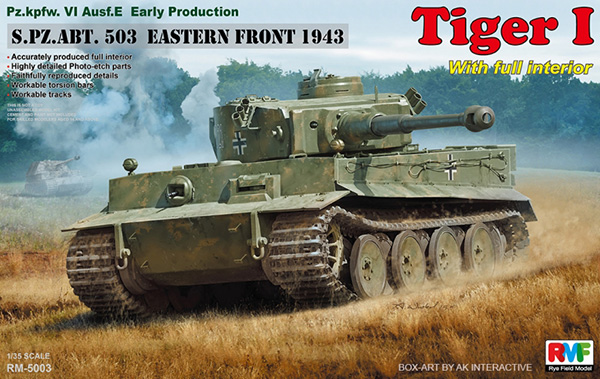 Rye Field Model brings us its next release, an ambitious Tiger I Aufs.E Sd.Kfz 181 with a completely modeled interior. The level of detail is astounding and is complimented by included photo etch. The suggested paint scheme is for Panzer Abteilung 503 Tigers on the Eastern Front in 1943. Relevant decals are included. 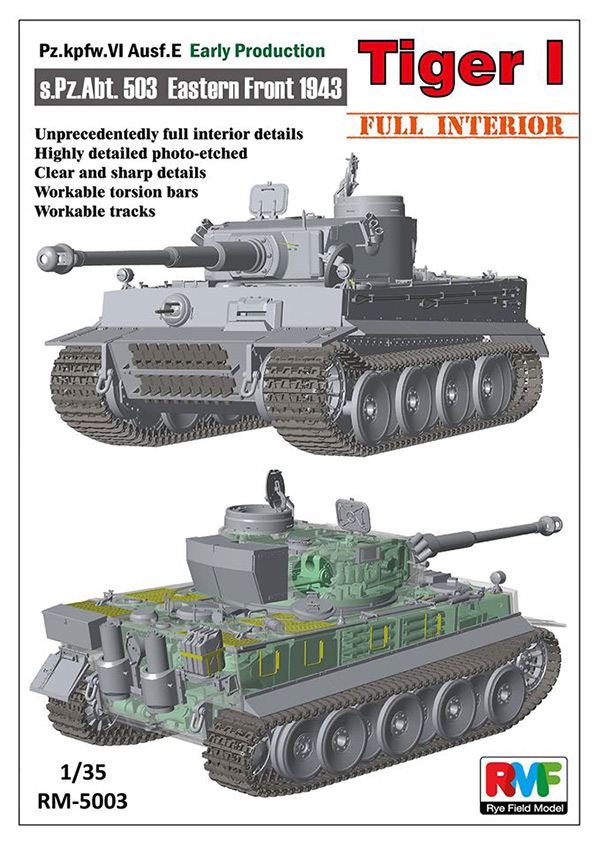 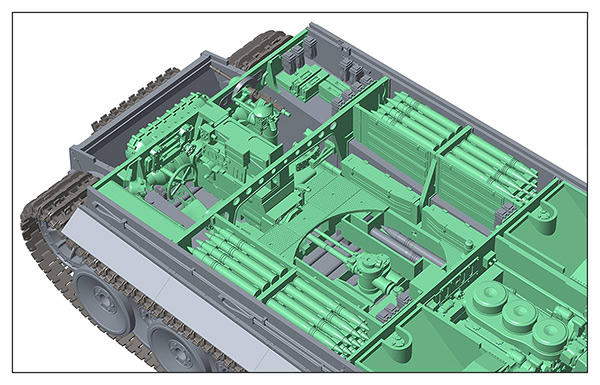 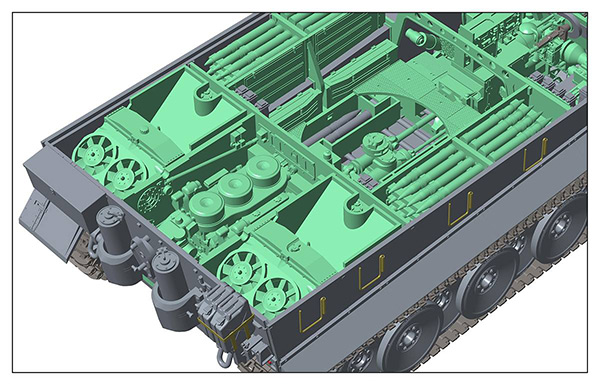 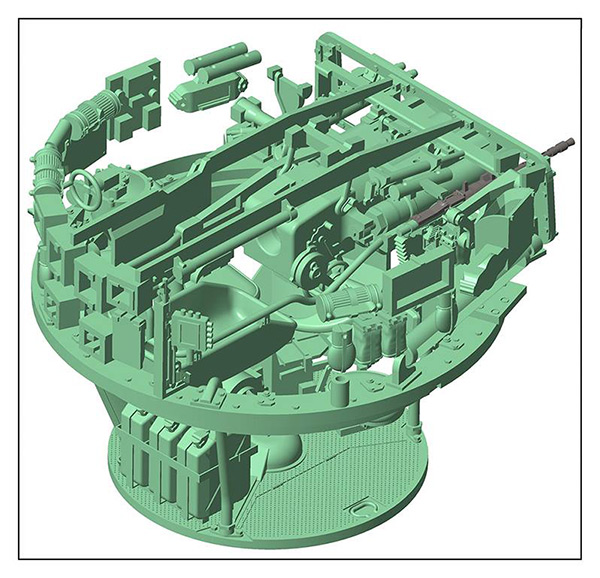 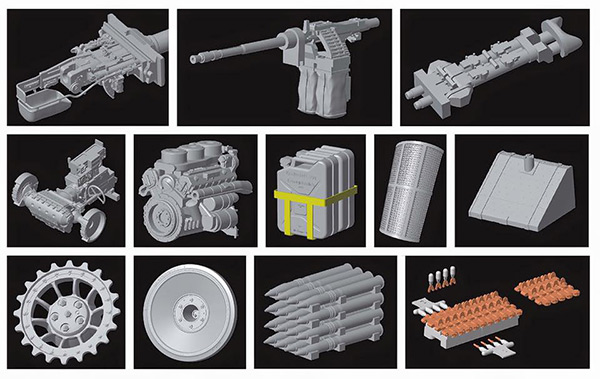 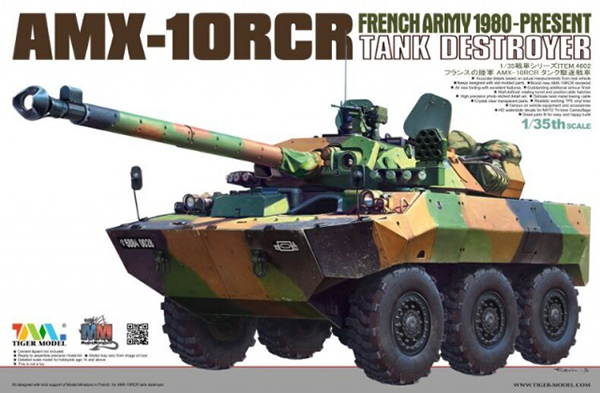 Tiger Model has release a 1:35 scale kit of the modern French AMX 10RCR. Ostensibly a light reconnaissance vehicle, this version comes with some serious fire power and is designated a tank destroyer. Tiger Model has also included a surprise bonus "egg" plane kit as a gift that goes with their models. These will be available while supplies last.

The kit is quite impressive with a freely rotating turret, hatches that open and close, and spinning wheels. The styrene parts come in 5 sprues and are highly detailed. The tires and poly caps are made of soft rubber. Included are: 1 small PE fret; a sprue of clear parts; a two-piece hull shell, a two-piece turret shell; a length of wire rope; and a small decal sheet of markings for 2 vehicles. 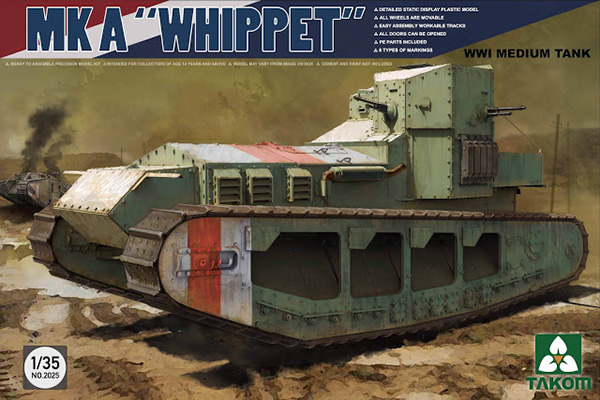 The Medium Mark A Whippet was a British tank of the First World War. It was intended to complement the slower British heavy tanks by using its relative mobility and speed in exploiting any break in the enemy lines. Designed by Sir William Tritton, the Whippet was first produced in 1917. They first went into action in March 1918. Whippets later took part in several of the British Army's postwar actions, notably in Ireland, North Russia and Manchuria. 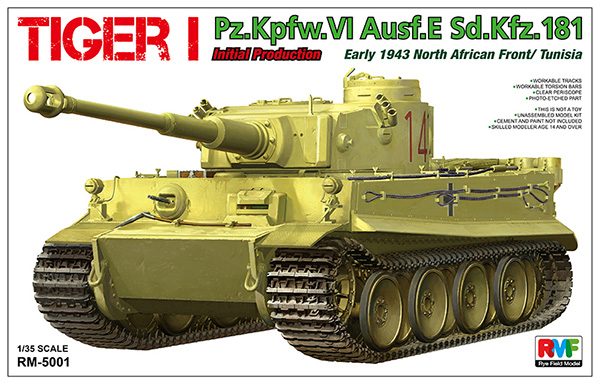 Rye Field Model is a new manufacturer whose debut kit is the Tiger I Aufs.E Sd.Kfz 181 (Initial Production, Early 1943 North African Front/Tunisia). This kit has generated a lot of interest with its high detail, crisp and very clean styrene components. Included are a braided copper tow cable, photo etch, workable tracks, and decals with D.A.K. markings. 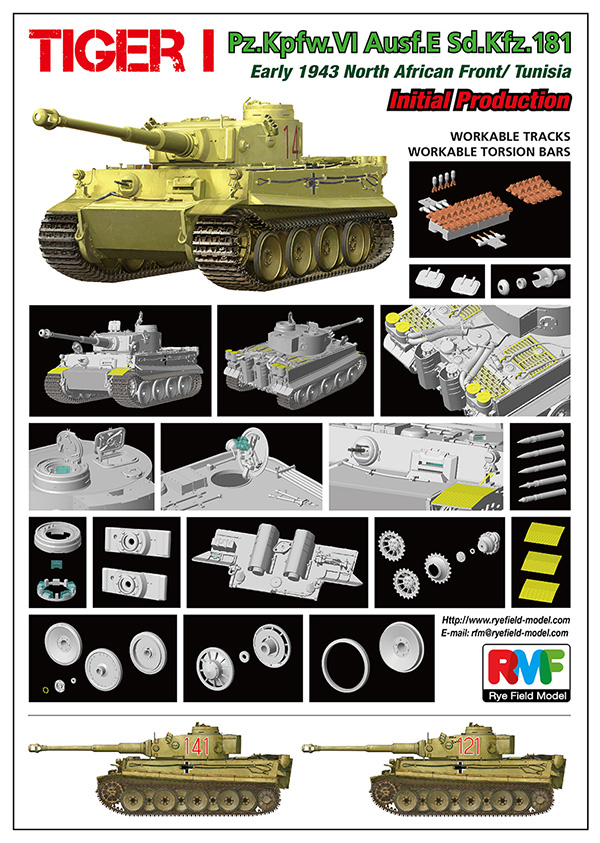 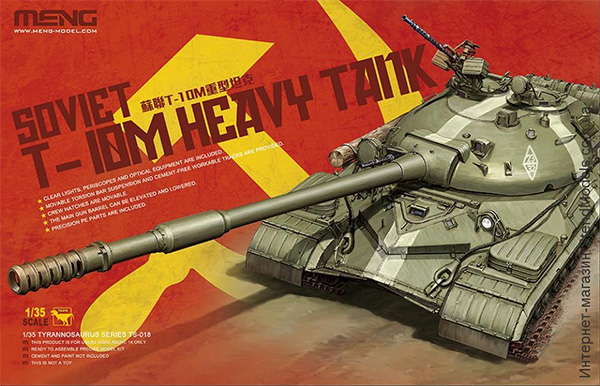 Between 1953 and 1965, about 1500 T-10 tanks were produced by the Soviet Union. The last version of T-10 tank and also the version with most modifications - T-10M, started its service in 1957. T-10M had a crew of 4. Its combat weight was 51t. It was powered by a 750hp V-12-6 supercharged diesel engine. It was fitted with a 122mm M-62-T2 (2A17) rifled gun; its secondary weapon was a 14.5mm KPVT coaxial machine gun and an anti-aircraft machine gun. The loader and commander were supplied with infrared night vision equipment. The tank was equipped with an NBC protection system.

MENG’s brand new TS-018 1/35 scale Soviet T-10M Heavy Tank plastic model kit is exactly a replica of this most feared Soviet heavy tank. This kit is 305mm long and 97mm wide. Its typical exteriors inherited from Joseph Stalin heavy tanks are realistically replicated. Many details of the real vehicle are perfectly represented, like the front hull structure, the "turtle shell" turret and the long barrel. During the Cold War, T-10Ms pointed their barrels at the NATO AFVs on the other side of the Iron Curtain. However, they didn’t get any chance to fight with NATO tanks and finally retired from service in 1993. They only participated in the Operation Danube in the invasion of Czechoslovakia in 1968. 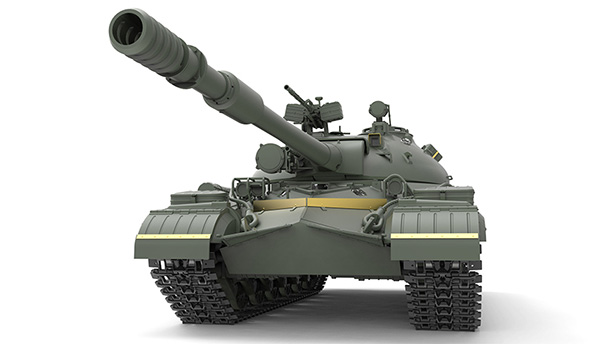 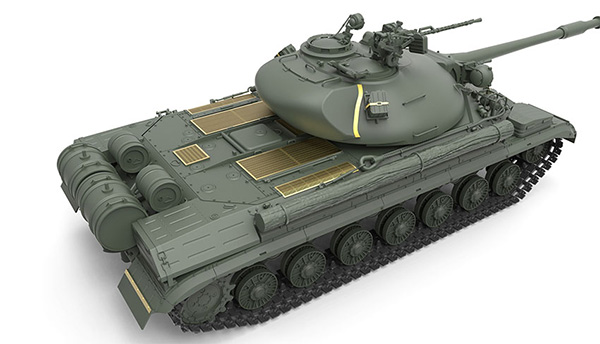 West Germany developed its Leopard 2 main battle tank after the failure of joint development of MBT-70/ KPz70 tank with the United States. The Leopard 2 first entered service in 1979. It got through several modifications during production. The fifth batch of Leopard 2 tanks produced since 1985 were designated as Leopard 2 A4. When Germany finished the production of all eight batches in 1992, a total of 2125 Leopard 2s were produced. Leopard 2 is universally recognized as one of the best and most balanced main battle tanks today. It is the primary equipment of 16 countries in the world.

The combat weight of the Leopard 2 A4 MBT is 55t. It’s fitted with a Rheinmetall 120mm L/44 smoothbore gun and a digital fire control computer. It’s powered by a 1500hp MTU MB873 diesel engine. Its maximum speed is up to 72km/h. 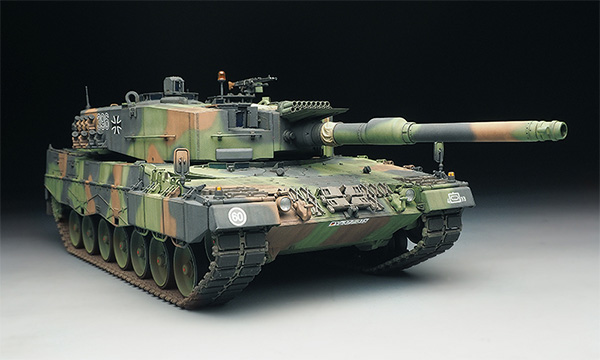 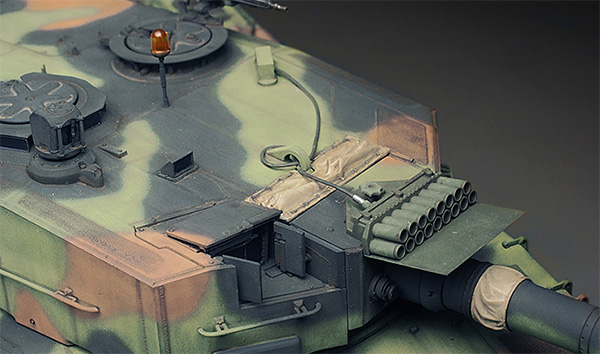 Legend Productions continues to deliver exemplary resin and photo-etch upgrade kits for your models. Hornet Hobbies just took delivery of a large number of their kits. Here are some examples. 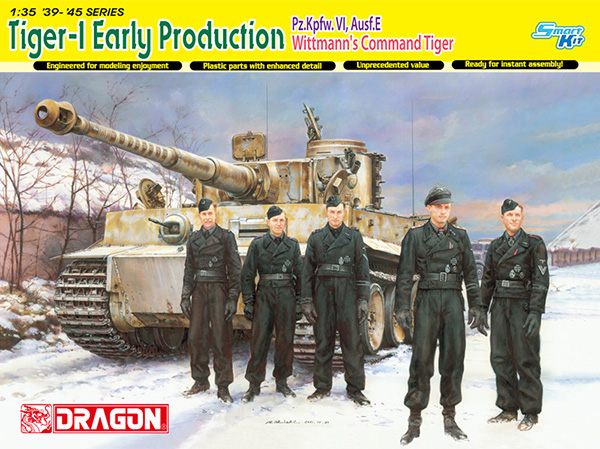 This Dragon Smart Kit comes with a full set of Michael Wittmann's crew (5 figures) included in the first production run as BONUS!

Dragon has created a magnificent representation of Wittmann’s Tiger I (turret number 'S04') with 88 kill marks on barrel. Dragon’s kit appropriately portrays an Early-Production variant, and it forms the important and much-anticipated last piece of Dragon’s exemplary Tiger I family.

This brand new kit stems from thorough research and is accurately designed to represent Wittmann's 'S04' mount. To ensure the absolute highest levels of quality, the majority of components in this special release, like turret, upper hull, engine deck, rear panel, road wheels, spare tracks and etc, are newly tooled and engineered to achieve the engineering level of a Smart Kit, and to provide the unique appearance of this famous Tiger.