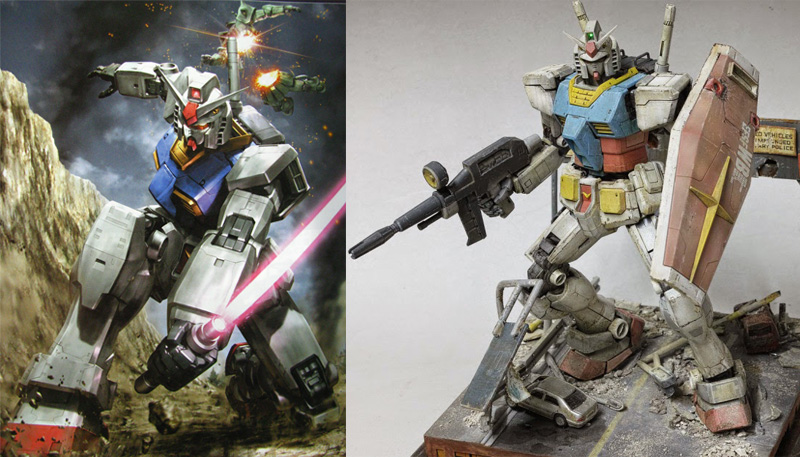 In 1979 Yoshiyuki Tomino and Hajime Yatate revolutionized anime by introducing political and military realism into the giant robot genre. No longer was an extraordinary robot piloted by lone wolf hero or a team of five plucky defenders of justice, in the Mobile Suit Gundam series the titular 17m mecha might be special, but only because it is a prototype. It is a machine, in need of maintenance, fuel and ammunition like any other, playing its part in a vast war between forces struggling for a united human government or the independent orbital colonies.

Since 1979 there have been numerous anime series, movies, comics and books that have given rise to hundreds of mecha designs, most of which have been released as snap-fit, styrene models by Bandai. Globally (especially in Asia), Gundam kits are responsible for most of the model kit sales in the world. One thing that greatly contributes to their popularity is the ability to stage the models in highly dynamic poses. This is thanks to an internal skeletal frame, which is a hallmark of these model kits.

The kits come in a variety of scales and complexity. These are usually labeled with a "Grade" designation. Here is a primer on the most common of these:

Gundam and mecha modelling has been growing steadily in the western world. Mig Jimenez published "In Combat – Painting Mechas" a book on weathering Gundam and other mecha kits - check it out here. Recently, Michael Rinaldi released "Single Model NO.03 - Sazabi Custom", in which he demonstrates his hairspray chipping and oil paint rendering techniques on one of Bandai's best kits, the Master Grade Sazabi.

What is so satisfying about Gundam modelling is that you can get great looking results straight out of the box, or with modified and custom parts, or with a weathered or metallic shine paint jobs... as these four versions of the Sazabi mobile suit demonstrate below. 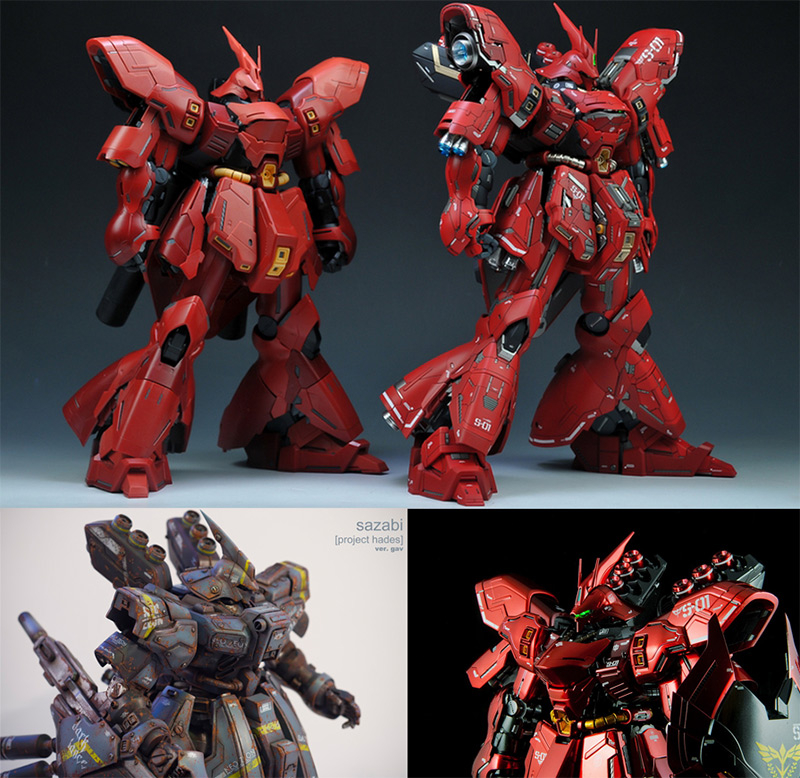